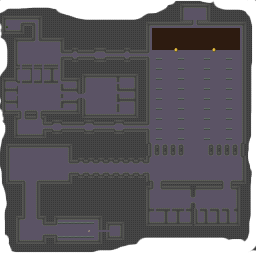 Kanmararn is the legendary city of dwarves deep in Semos Dungeons.

Some time ago Sergeant James started with his crew of four brave soldiers to their adventure of finding a treasure, deep in the hidden Kanmararn dwarves city which is part of the Semos Dungeons. The men did not return to Semos City up yet.

What happend to them? Did the dwarves kill them? Can you maybe try to bring some light into the story of Sergeant James and help with finding out what happened to his crew? Some heroes who already went on the adventure of finding the answers came back and told other inhabitants of at least one soldier who is still alive down there called Henry. Maybe you can find and ask him?

The heroes who returned told us about three floors which you can explore in Kanmaran... The third one is the most dangerous one, because some evil duergars are taking care of that place. It seems like there is some kind of prison in there, in which someone called Hunel waits for someone to talk to him. Before you will jump into the third floor you have to be strong enough for a huge creature to reach the entrance.

Better prepare yourself with enough potions, food and power while going on that hunt down there. Take your hand onto the level of your eyes! Also prepare yourself for the fight against dwarves, leader dwarves, dwarf guardians and some more! They are taking care all over the place!

Be sure of being brave enough for that adventure. You will have lots of fun while visiting this place!

Player Level
35-120
Entrance
For reaching Kanmararn, you have to pass the upper four floors of Semos Dungeons (level 4)
Dungeon Levels
3